Many people have continued to react to Jurgen Klopp‘s statement after he noted that Liverpool had a very bad game, and fans are happy to see the boss reacting angrily to the result.

While reacting to a post shared on Facebook by Match Of The Day, many people noted that Liverpool deserved the draw after giving a poor performance against the newly promoted Fulham.

Others agreed that Jurgen Klopp should take the blame after underrating Fulham and selecting a starting lineup without Nunez.

Yet, another section of fans argued that it is just the start of the season, and Liverpool shouldn’t worry much about the result.

Below is a screenshot of how fans reacted to Match Of The Day’s post on Facebook in regards to Jurgen Klopp’s comment on Liverpool’s draw with Fulham. 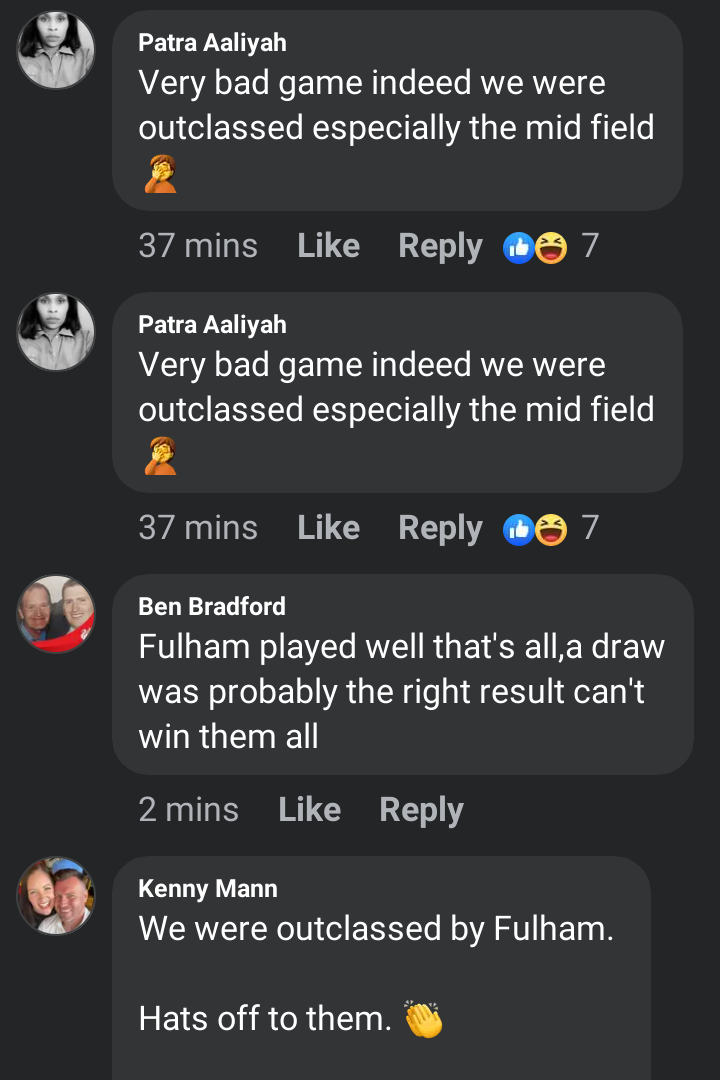 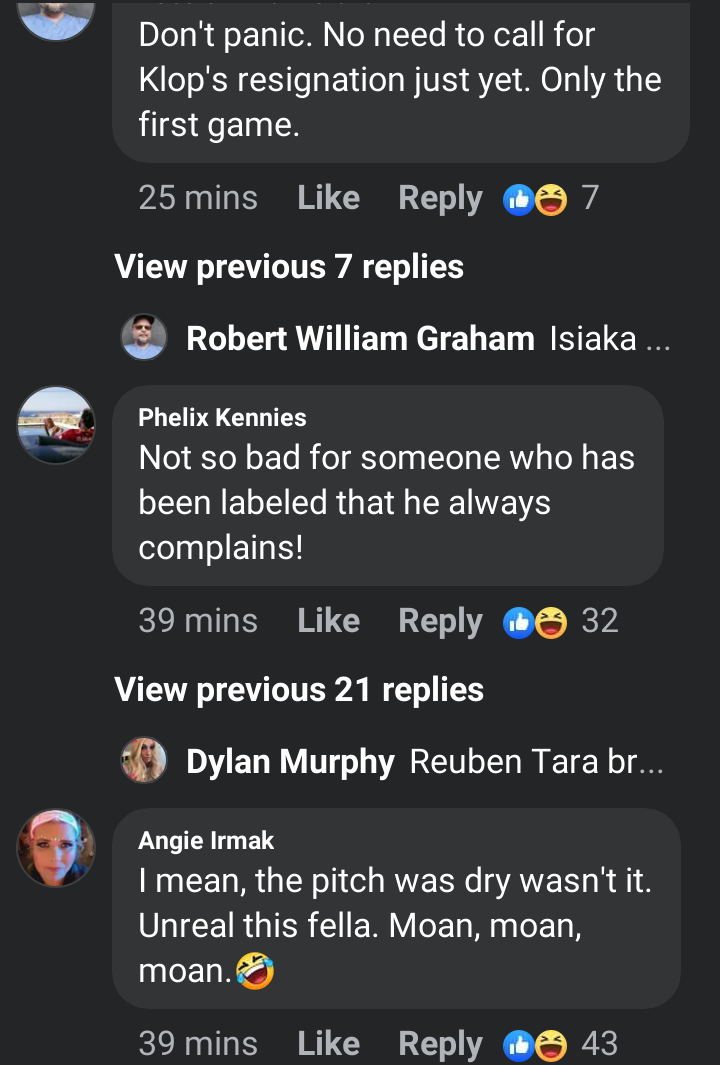 Jurgen Klopp noted that the result is a bad one and the only positive thing from the match is the one point Liverpool secured.

APPLY NOW:  Best XI Stars That Have Played For Both Arsenal And Chelsea In The 21st Century