FC Barcelona will prepare to face Real Sociedad away at the Reale seguros stadium in their opening Spanish La Liga on Sunday, 21 of August 2022 for the 2022/23 season after the summer transfer market is over.

Ahead of the new season, Barca have confirmed the singing of Raphina, Frank Jessie as well as Andreas Christensen and Jules kounde. 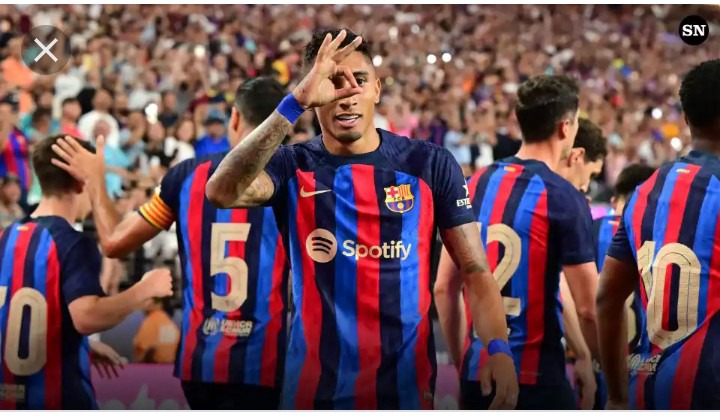 Meanwhile, The defense of Barcelona should be strengthened by Christensen, a center back from Denmark who thrived for Chelsea. It’s possible that he won’t be the only Blue player to play at Camp Nou given the connections between Barcelona, César Azpilicueta, and Marcos Alonso. 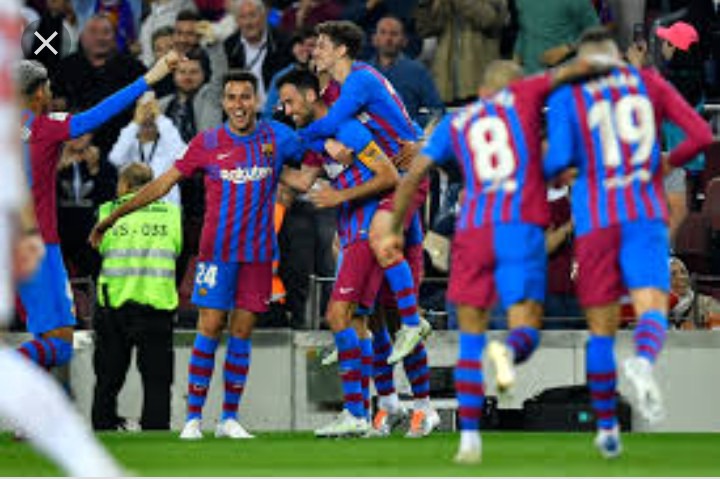 But, here is how barca predicted lineup against Real Sociedad next season. 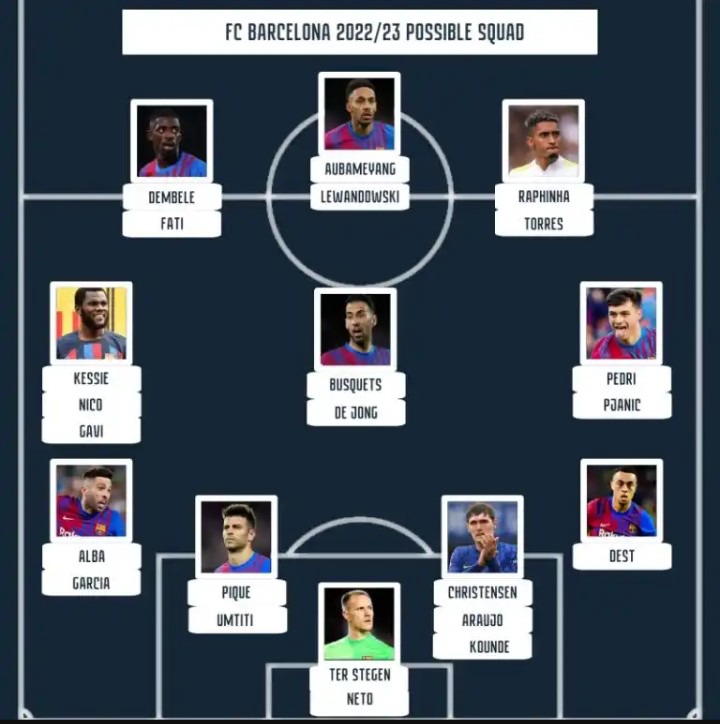 The starting midfield consists entirely of re-entries from the previous season.

There is a case to be made for recent AC Milan acquisition Franck Kessié to compete with the ailing Sergio Busquets for a starting spot.

The primary speculation concerns Barcelona’s ability to get Bernardo Silva from Manchester City. 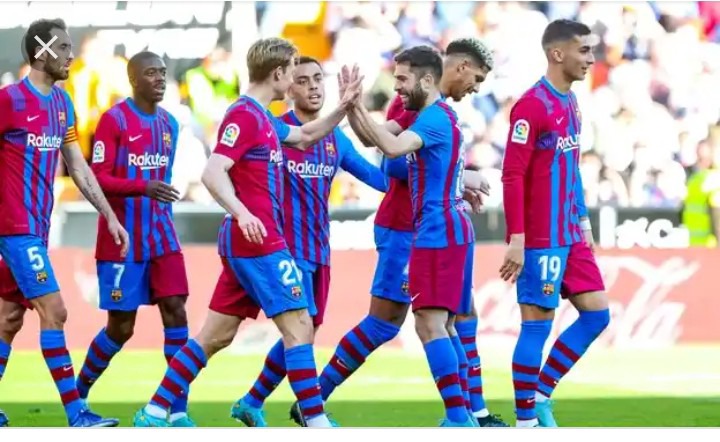 The depth of this Barcelona roster is astounding. Many others have yet to be mentioned, like Pierre-Emerick Aubameyang, Memphis Depay, Ferran Torres, and many others.

It will be fascinating to watch if Lewandowski and Aubameyang compete for positions or strike together as a team.

APPLY NOW:  TRENDING: Liverpool’s Strongest Line Up As They Prepare To Face Wolves In The EPL Final Day