The situation surrounding Barcelona, Ousmane Dembele and Raphinha is yet to be resolved. As of yesterday, the Spanish side had reached an agreement with Dembele on a new contract.

His previous deal expired, and will now have to be registered as a new La Liga player. Which, according to the rules, will be a difficult endeavour for the club. 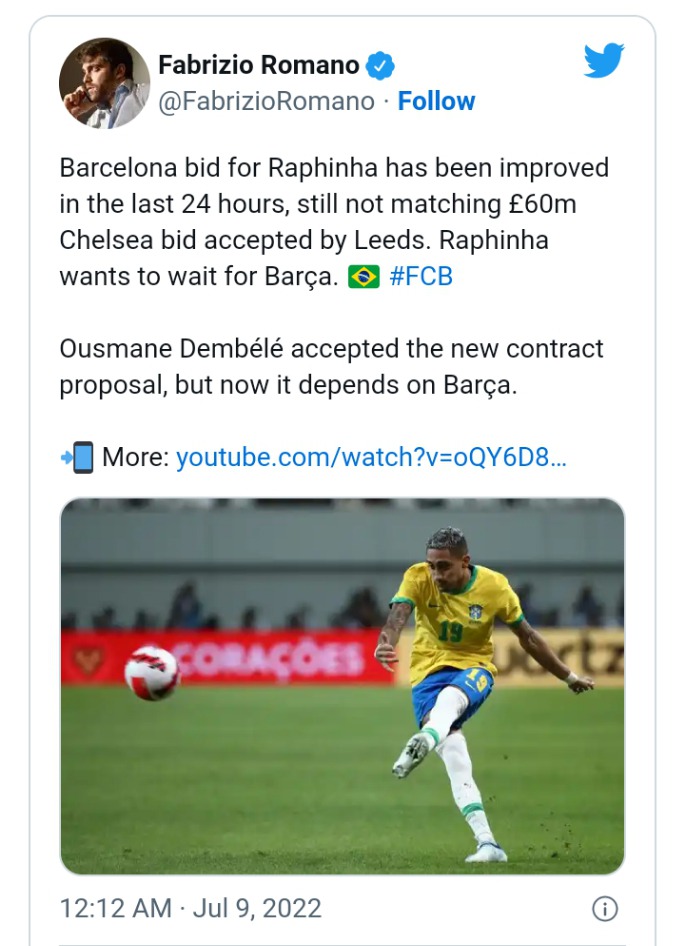 The West London club have submitted an offer worth £60 million guaranteed, which Leeds have accepted.

But, the latest bid that Barcelona made was a verbal offer for €60 million, and there is a difference that is not being met.

Leeds United are pushing Barcelona to finalise the transfer quickly because they don’t want the transfer saga to drag on.

However, Barca are trying to find a solution together with Xavi, Joan Laporta and sporting director Mateu Alemany soon.

The decision will have to be made soon, and the club will also have to see whether they can sign both players.

Owing to their wage constraints, they may only be able to register one of the two wingers. And they will have to decide fast since time is not on their side.

Raphinha himself has made it clear that he would want to move to Chelsea if his future is not sorted out soon.

And as a result, the pressure is on for the Blaugrana to make the crucial calls now.