Without much doubts, Premier League giants Liverpool football club will most definitely remain keen on further strengthening their current squad ahead of the new season.

Do remember that the Reds enjoyed a very interesting 2021/2022 season where they ultimately finished in 2nd position on the Premier League table under manager Jurgen Klopp.

Coupled with that, Liverpool football club were also very good in other competitions as they got through to the finals of the UEFA Champions League while also lifting the Carabao Cup and the English FA Cup trophies. And if reports are anything to go by, then Liverpool football club are prepared to send out young left-back Owen Beck on a loan move before the end of the summer transfer window.

The 19-year-old Wales International, who gained promotion to the Liverpool U-23 squad back in 2020 has been an important member of the team over the previous seasons.

The young left-back was heavily involved for the Liverpool youth team during the just concluded 2021/2022 season where he scored one goal and created four assists in 28 appearances in all competitions.

His excellent performances in defence is believed to have impressed Liverpool and according to reports from The Sun, the Reds want him to go out on loan this summer. 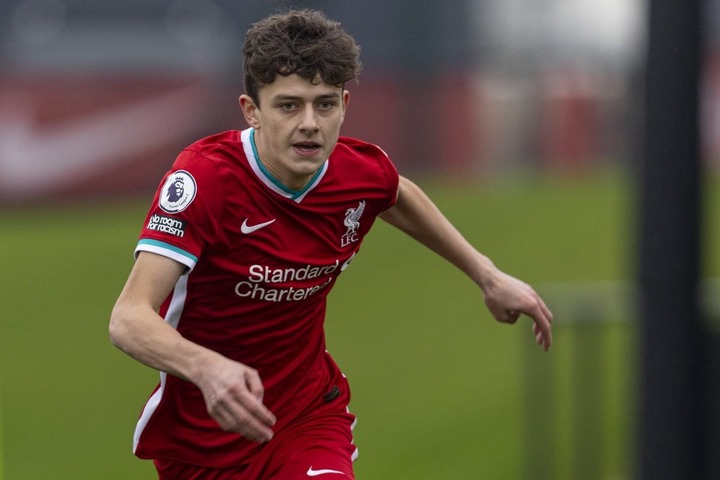 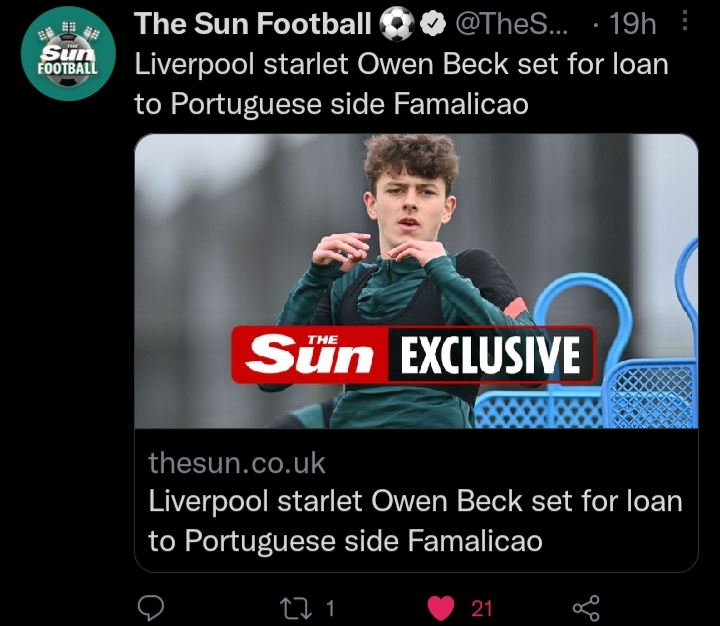 The reports further claimed that the young Owen Beck is not short of suitors as he is attracting interests from Portuguese side Famalicao before the summer transfer window closes.

It is believed that Liverpool manager Jurgen Klopp views Owen Beck as an important member of team in the future and wants the young left-back to leave on loan this summer.

That said, Owen Beck is now expected to join Portuguese side Famalicao with the aim of continuing his developments while also helping his new side achieve their goal for the next season.