REPORTS: Man utd edges closer to the signing of in-demand juventus star, as utd steps up the deal. - CoolBaze.com

Manchester United are prepared to step up their interest in signing Juventus midfielder Adrien Rabiot this summer.

The Frenchman is widely expected to leave the Bianconeri this summer, having declined to extend his stay beyond June 2023.

This has already caught the eye of Chelsea, and Calciomercato cites that United are also in the running to sign him.

United have edged closer to the signing of Juventus midfielder Adrien Rabiot, according to reports.

The French international is considering his future in Turin, with United or Paris Saint-German his most likely destination.

The Red Devils have been long-term admirers of his services, and are now prepared to meet the £15 million price tag. 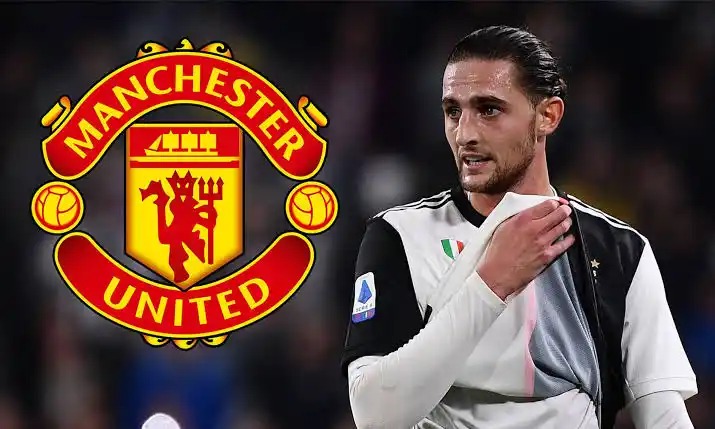 They are also prepared to hand him a significant salary, but there are still doubts whether they can convince him.

The 27-year-old appears determined to play Champions League football next season and this is something United can’t offer.

This could prove the deal breaker for the Red Devils and potentially hand the advantage to Thomas Tuchel’s side this summer.

Rabiot has also been linked with Atletico Madrid and former club Paris Saint-Germain. It is only a matter of time before he leaves Juventus.