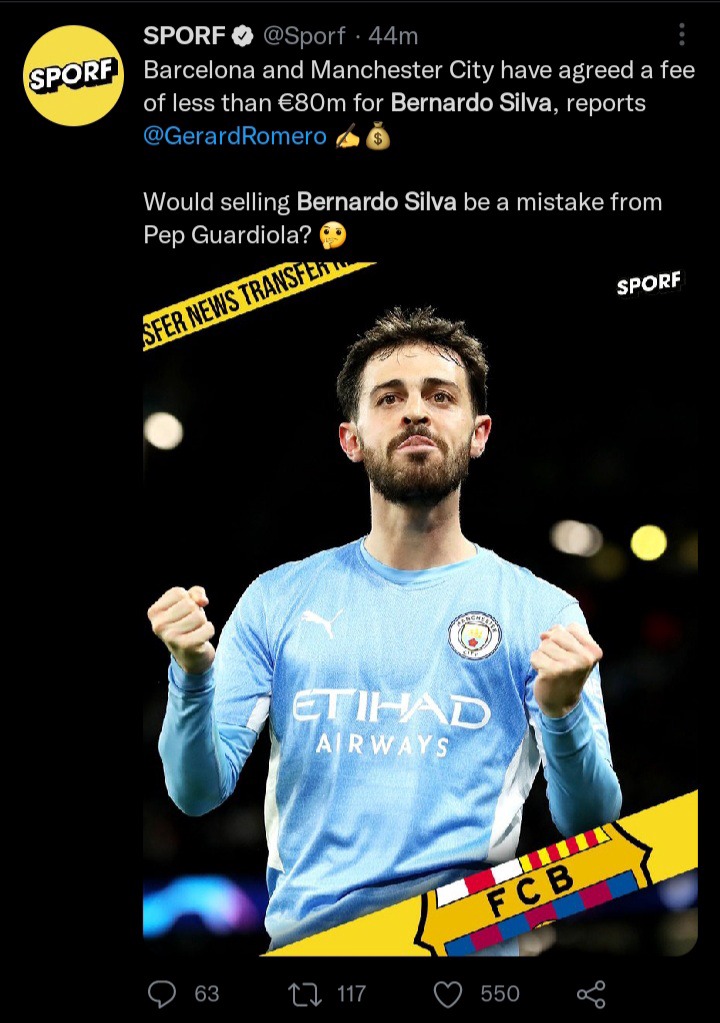 Few days ago, Manchester City manager, Pep Guardiola revealed he wants Bernardo Silva to remain at Manchester City, but will not stand in the player’s way if he desires to leave the club.

According to the Athletic UK, English Premier League giants, Manchester United will no longer pursue a move for 33-year-old Austrian striker, Marko Arnautovic. 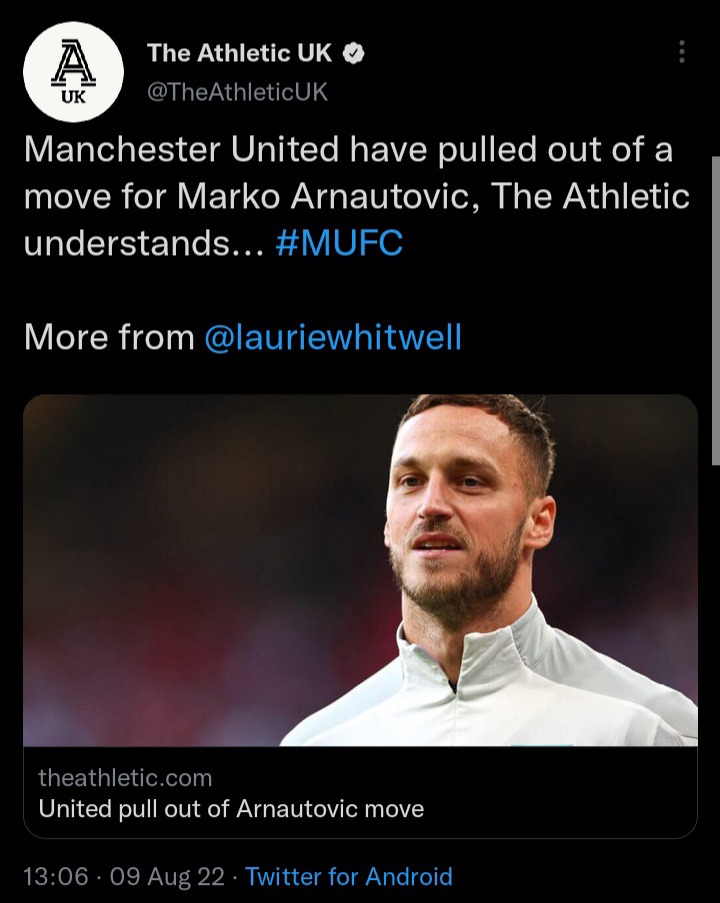 It was reported that Manchester United made an offer of €8 million to Bologna for Marko Arnautovic over the weekend, but the Italian Serie A club rejected the bid and was expecting an improved offer.

According to Fabrizio Romano, 26-year-old Chelsea striker, Timo Werner has signed his contracts with his former club, RasenBallsport Leipzig, as he looks set to complete his switch to the German Bundesliga giants. 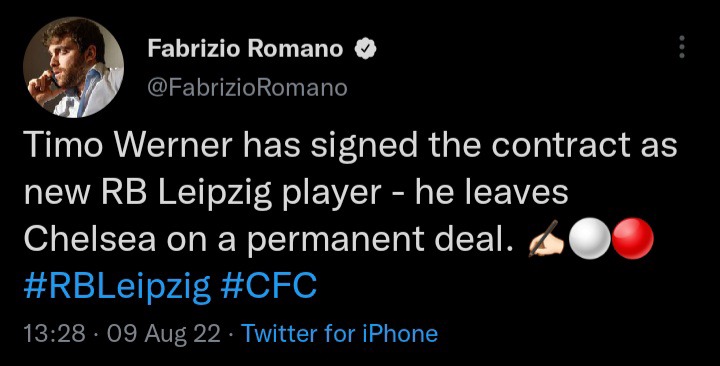 Timo Werner left RasenBallsport Leipzig for Chelsea in the summer of 2020, but has failed to live up to the hype and also has not started regularly for Chelsea, since Thomas Tuchel took over in January 2021. 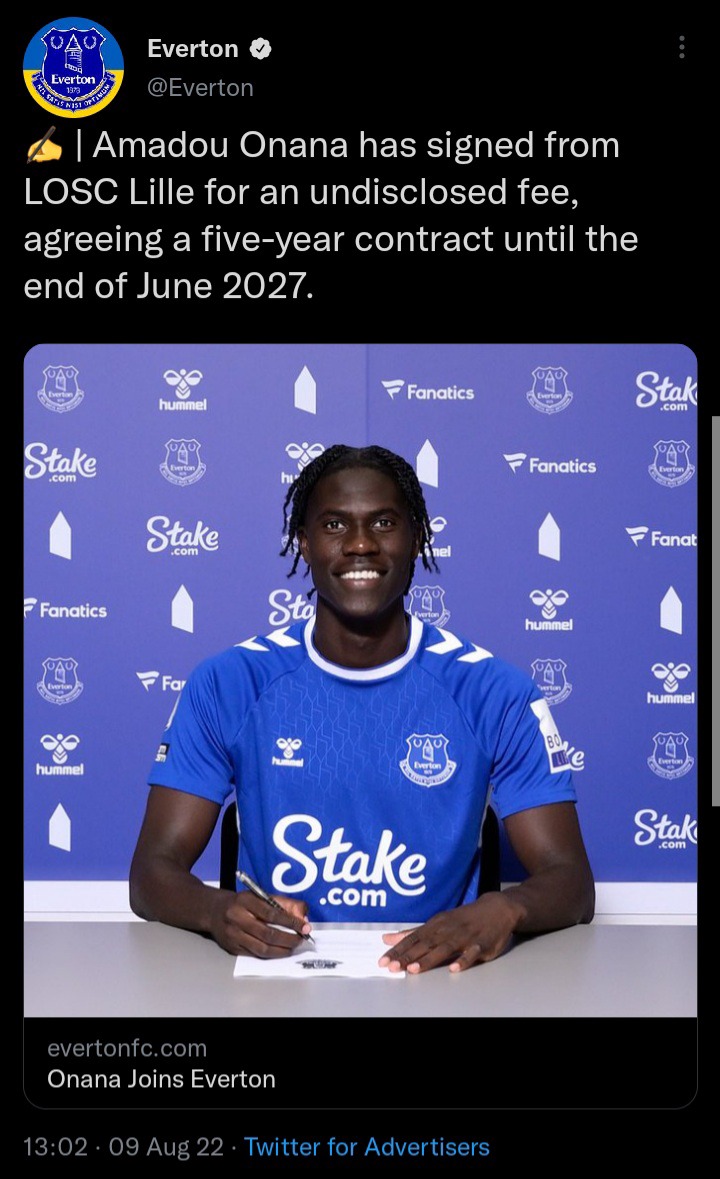 Hector Bellerin Set To Terminate His Contract With Arsenal

According to Fabrizio Romano, 27-year-old Spanish right-back, Hector Bellerin met with the Arsenal board on Tuesday morning, in the hope of terminating his contract with the English Premier League club. 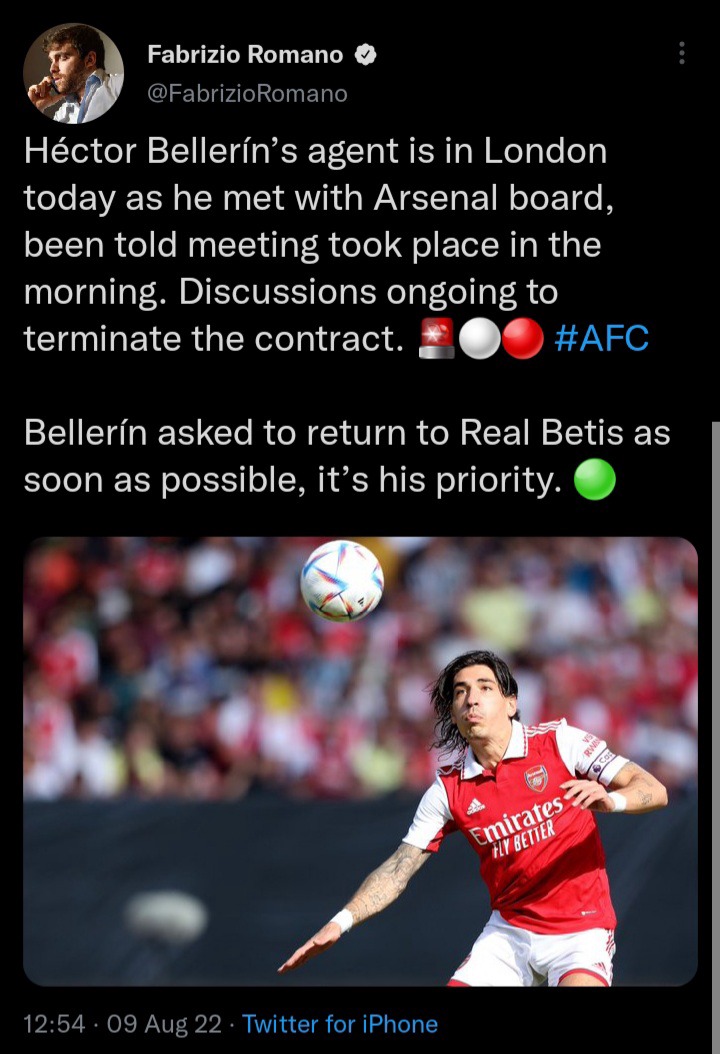 The Spanish right-back wants to return to Spanish LaLiga side, Real Betis Balompiè, where he spent the 2021/22 football season.