Liverpool take on Villarreal today in the second leg of their Champions League semi-final clash after winning the first leg 2:0 at Anfield to give them a major advantage ahead of today’s game, and also keep their hopes for a quadruple bid alive.

Jurgen klopp rested some key members of his squad in their 1:0 hard fought victory against Newcastle United in the premier league ahead of today’s game. Mohammed Salah, Thiago Alcantara and Alexander Arnold were all rested. Though, Salah and Thiago later came on in the second half to secure their victory and also get some playing time. 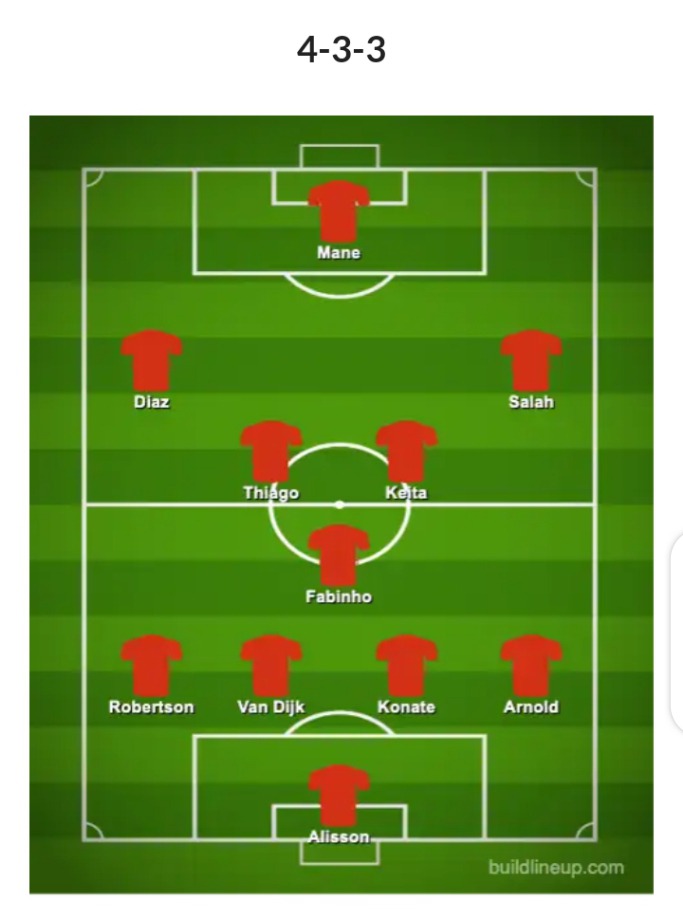 Goalkeeper: Allison Becker is sure to mount the goalposts.

Defence: the defensive lineup will be made up of Alexander-Arnold, Konate, Vigil Van dijk and Robert Anderson.

Midfield: Fabinho, Thiago and Keita are expected to control the midfield.

Attack: Saido Mane, Luiz Diaz and Mohammed Salah will make up the attack.